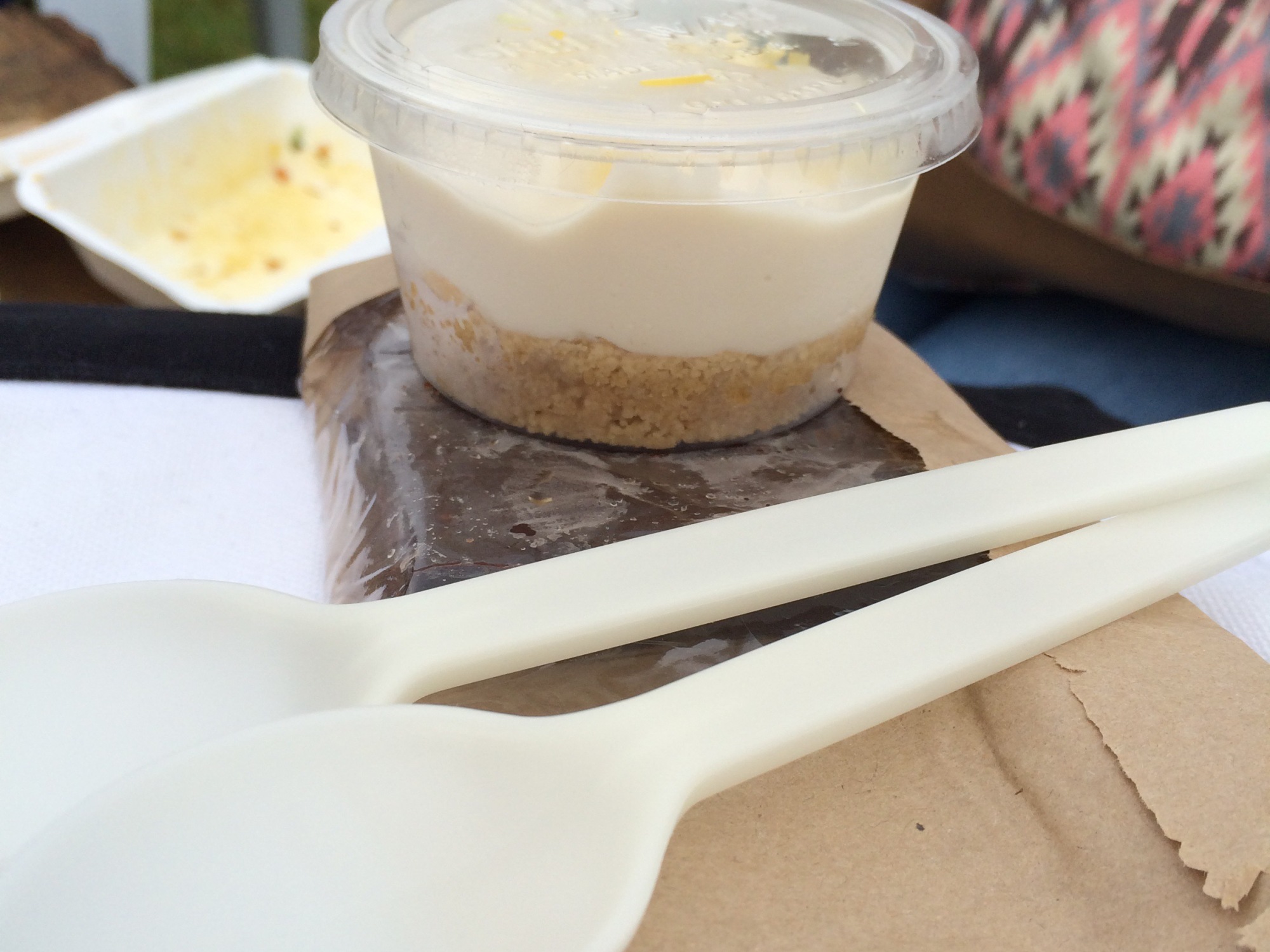 Today I wanted to talk about the food at Peace in the Park Festival in Nuneham Courtenay, run by The Global Retreat Centre.

I’ve added links above so that you can check out what they are all about, because if I waffled on about the festival that would be a whole post on its own!

The Global Retreat Centre practise vegetarianism, so it was no surprise that the food vendors that were there were going to be vegetarian and vegan. And I love an opportunity for plant based food to shine.

There were a variety of good vendors available but I’m only going to talk about a few:

The first vendor I’d like to talk about is called Veggies. These guys served vegan burgers, which completely drew me in and I wanted to know what it was all about. 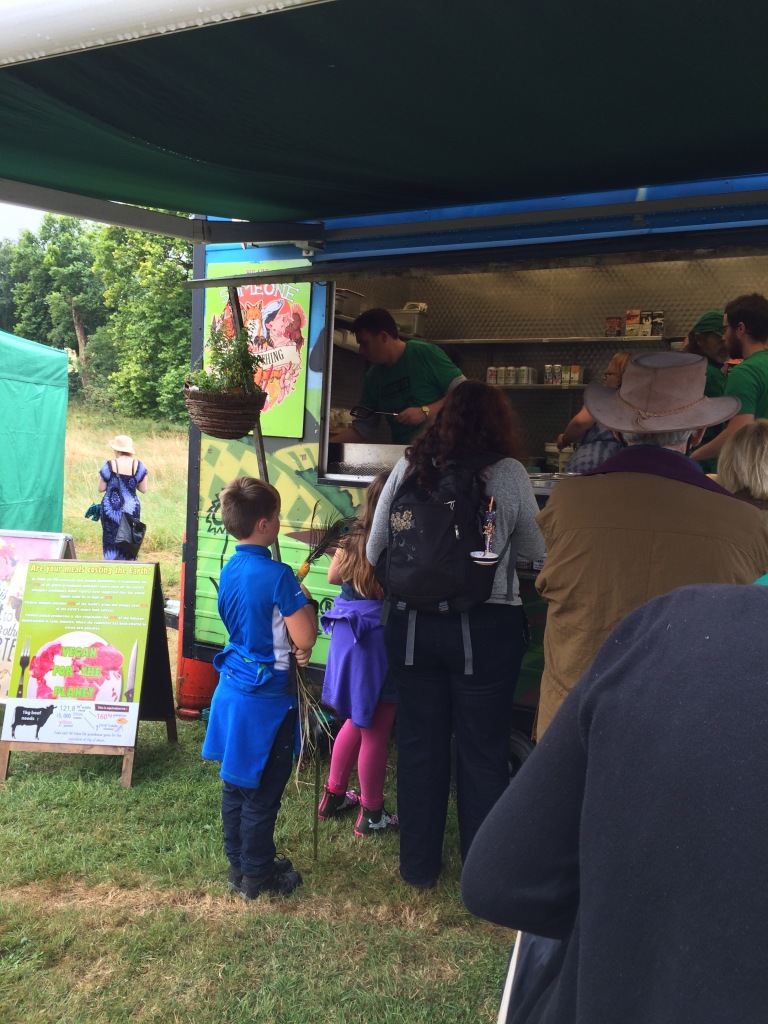 With all the signage around really bringing it home to everyone that you should respect the animals as a living being, I knew that these guys took veganism seriously, so surely they had to be good. I opted for the ‘Violife Cheese Burger’.

Not having had a vegan burger before I had nothing to compare this too, however I have tried a fare few bean burgers in my time and have always been disappointed by the texture and dryness.

But this was a surprising treat, not only does it look like a normal burger, the texture was soft and moist (sorry) like a burger should be. The flavour of this is hard to describe, not meaty but savoury and a little spicy (not heat wise). Very pleasant indeed! And the optional addition of mango chutney made this something surprisingly good. 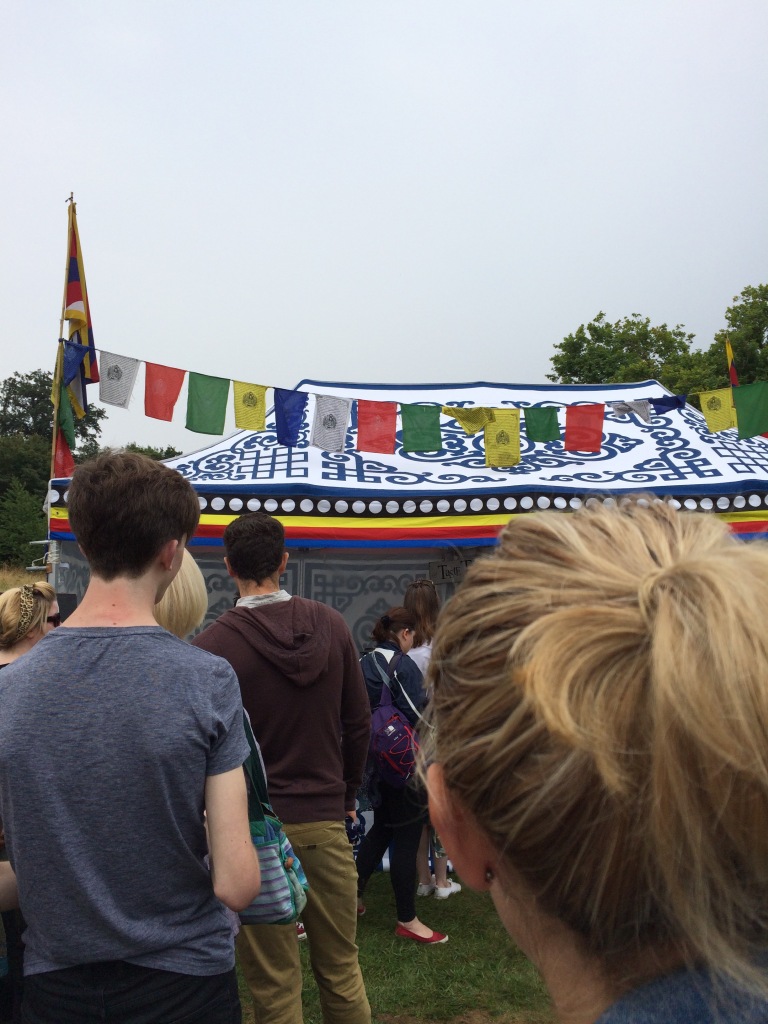 My Mother gladly came along with me on this visit, so the dish she went for came from Taste Tibet, which is apparently Oxfordshire’s first Tibetan street food vendor. This stall also boasted it’s vegan qualities.

She opted for the ‘Tibetan thukpa noodles’ and added some optional coriander for good measure. These were exactly how you would expect, tasty savoury noodles with heaps of flavour!!

Having also both discovered the Chai tea trend a few years ago and fallen in love with it, we had to get a cup when we saw it on the menu!

Utterly heavenly and comforting, is the only way to describe this incredible creamy, spiced tea. Stronger flavours and different spices than your normal Chai tea in the high street cafe’s.  If you have tried ‘Golden Milk’ (find my favourite recipe here), that is what it reminded me of. 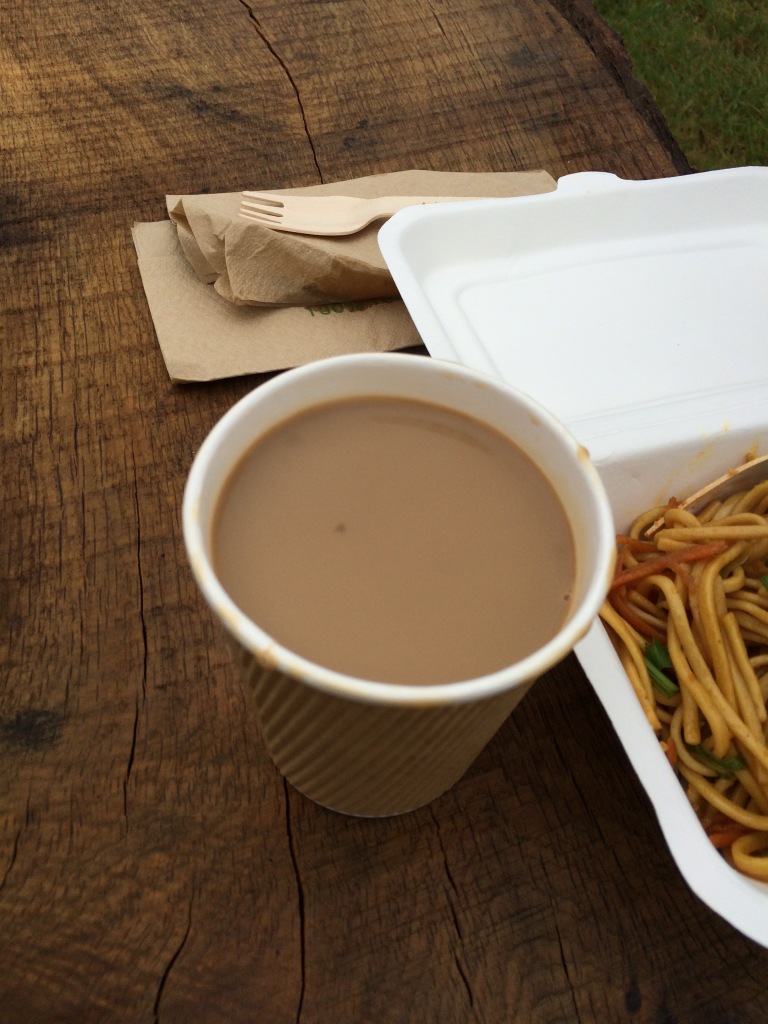 I feel utterly annoyed with myself as I was so caught up in the chilled vibes and wonderful foods, I forgot to record who the final vendor was, so if you’re reading I apologise. If anyone knows which vendor I am on about, please let me know!

Anyway…we shared a ‘Lemon Cheesecake’pot and a ‘Brownie Slice’, again these were vegan. And let me tell you something, these are some of the best desserts/sweets that I’ve had in a long time!!

The cheesecake was sooooo creamy and the perfect amount of lemon, the base tasted buttery (how?!) a pure joy to eat.

The brownie slice was rich, soft, moist (sorry, again) and oh so chocolatey, half was enough to satisfy anyone’s chocolate cravings.

My Mother is an ice-cream fanatic, so although we had already had enough food for one afternoon we just couldn’t walk past the ice-cream van when we saw it. Especially after we saw the flavours.

Shepherds IceCreams serves ice-cream made from sheeps milk –  had to try.

1 scoop of Cinnamon Chai (vegetarian) and 1 scoop of Tayberry (vegan).

The Tayberry was more of a sorbet consistency and is very similar to raspberry, which was refreshing and just yummy.

Just outside of the food area was a tea & coffee stall which everyone can go to, to get free tea, coffee or juice, with a biscuit thrown in for good measure.

Fruit teas, earl grey, coffee, cordials and cute little stands to fill up your chosen brew with either normal milk or soy milk. 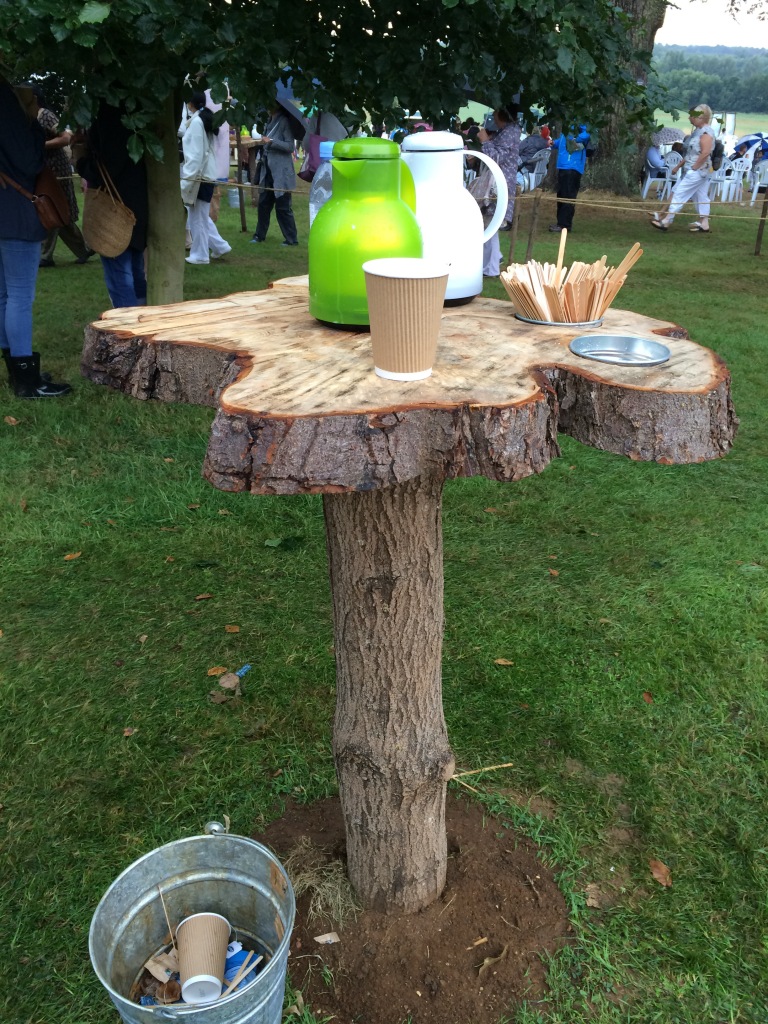 I must say it was an amazing day not just for all the incredible food options, but the people, atmosphere, grounds and spirituality made it very special.  I will be 100% going back next year!

What I will take from this food experience is that I could definitely be vegan if I had these cooks in my kitchen! What I’ve always known is that you have to try new things and just because something is vegan does not mean it won’t taste amazing.